One unbeatable perk of living in the San Francisco Bay Area is the sheer number and variety of technical events you get to attend and the novelty of the ideas you get exposed to at such events. Whether it is a new framework or programming language, or an entirely new way of thinking about problems, chances are you can be there in person to watch its creators communicate their vision for it.

At one extreme are the large, multi-day conferences organized by megacorps, and at the other end are small evening gatherings fronted by pizza and drinks. For me they each have their own charm. The former showcase grand visions of the kind that can only be dreamt up here, but probably had months of planning behind the big reveal. The small ones — the Meetups — are more avant-garde and you are as likely to walk away from one of them mystified as you would enlightened. However, in both cases my allusion to art wasn’t a coincidence. Because I like to imagine these events as being part of the cultural identity of this place. If LA has its Hollywood, New York its Broadway, we in the Bay have our conferences and meetups 🙂

And as in the presence of great art, it’s hard not to feel some of the motivating passion rub off on you. Even the most transparent of corporate shills have provided me with a valuable takeaway or two, not least being they took my mind off any personal corporate drudgery for a couple of hours. Lastly, no matter what transpires on stage, you always get to meet fellow curious technical minded folks of different backgrounds and exchange notes with them. Oh yeah, did I mention there is free pizza and drinks? 🙂

In any case, since I have helped myself to my fair share of such events over the last couple of years, I thought of taking a stroll through my Meetup profile and noting some highlights. At this point I also ought to give a big shout out to my employer Yahoo for paying for some conferences.

The big events I have attended are the Hadoop Summits (see my report from the 2016 edition), Google Cloud Next and the Kafka Summit. The Meetups include an assortment of data related technologies, with some oddballs here and there. Not one to be left behind, the Computer History Museum reminds us time and again how it all started.

By far the most intellectually stimulating Meetups have been those dealing with types, theorems and programming languages, probably because they lie at the outer edge of my understanding. There’s one that happens in SF and one in the South Bay. They both place profound emphasis on programming as a craft (or should I say science?) and are willing to go to great lengths to figure out its — many — details. It was here that I got a wonderful overview of an ambitious NSF funded project called DeepSpec, a chance to listen to a hairy lecture on Categorical Logic, and an acclaimed doctoral candidate from MIT present what was soon going to be his dissertation (to an audience that kept up with him for approximately an hour and fifty five minutes longer than I). And these are just on days that they are not working through Software Foundations or the venerable SICP.

In contrast to the cold formalism demanded at those events is the sense of abandon on display at, say, the Serverless Meetup hosted in the incongruous warehouse setting of Heavybit. The concept is confusingly titled, but that hasn’t stopped developers from trying to build unusual contraptions with it. Will they survive in an year? Who knows. But if there’s any place in the world where capital indulges such experimentation, it is this. Just as breathtaking was my stay in the Mozilla office to watch some intellectual gymnastics made possible by their new programming language called Rust. Memorably, as I was making my way to the venue, I looked up at the night sky to find a giant billboard advertising Firefox Quantum — which, incidentally, brings Rust to your desktop. Name one other city where this could come to pass! Along similar lines were these two presentations on new software deployment technologies (related to Kubernetes, in case you’re wondering), in which the speaker paused for a couple of questions but was accosted by dozens, from the baffled attendees. Technology-art-magic all blend into one another at such moments.

You may be forgiven for thinking that all this needs meticulous planning on my part. Not quite. There have been occasions when my attendance has been pure happenstance. Like that fine evening I was ambling along University Avenue and peeped into this place called HanaHaus, and lo, there was a horde of German startups pitching their companies to Bay Area VC’s in full public view. Best 25 dollars I’ve ever spent. A more fortuitous occurrence was this multi-hour session on Apache Beam by the creators of the framework themselves, just around the time I’d started mentoring a project at work that used it. And most recently, I found myself walking back home from a meetup about stream processing at the nearby offices of LinkedIn.

I can never forget the excitement at a Scala “UnMeetup” in SF, where the attendees split into groups and I ended up in a room discussing type classes with a few others, before hopping into the next room to listen to a passionate pitch for something called the Join Calculus. Funnily enough, a couple of months later the Scala meetup hosted a detailed talk on type classes again.

What about the conferences? As I wrote above, they can be seen as junctures when some lofty ideas presented themselves in clear form. Ideas which each of us might have vaguely sensed swirling above us, but needed the reach of these giants to bring them within our grasp. At times they crumble under the collective expectation, but those will be indefinitely out-remembered by the few that held firm. With that lengthy caveat, let me describe a couple that I’ve liked. When the famous AI expert Fei-Fei Li spoke about democratizing AI in Google’s conference, it immediately struck a chord. Not because I knew what the end result would look like — and a cynic might dismiss her phrase as Orwellian doublespeak — but because it provided a clear view of the four big components that are needed for AI to become generally approachable (namely Compute, Data, Algorithms and Talent). The need to democratize AI and how far reaching its impact might be on the technological landscape is today a topic of active discussion, but now is also the time to step back and consider how little control any individual entity — even a company like Google — can exert on larger trends propelled by capitalism. Everyone seems to be working feverishly hard on their own projects, contingencies abound, and therefore it will only be with the benefit of hindsight that future historians can weave a narrative around this decade.

While the richest companies of our age can afford to strut around smugly on stage, upstarts can’t suppress the nervous excitement accompanying their debut. At least that was my impression from the first ever Kafka Summit last year. The playbook may be old and there might be a few wise men behind the curtain, but the players and onlookers are all in for the ride of their lives. Our first this and our first that, never before and forevermore. Announcements poured forth about adding scale, speed, capabilities and global reach. When one tires of technical details recourse comes through inspirational backstories. On the whole, I came away feeling I might have watched a bit of history in the making.

Lastly, what good is living in a civilized society if we can’t assign ratings to all our creative professionals, rank them in order and ask that they gather around for one big awards romp? 🙂 So it was with some bemusement that I bought my way into the 10th edition of the Crunchies Awards. The self-deprecating humour of every single entrant onto the stage would happily have been my only lasting memory of that event, if not for that massive political earthquake at the other end of the nation that had given everyone the jitters that night.

If you don’t concede the informational and networking benefits of all these events, there’s always the prickly retort of a famous mountaineer who was asked why he chose to climb Everest (“Because it’s there”). And by that I’m not comparing the challenges, nor the dedication necessary for the task. For as I proceeded to recount these happy moments, a larger point suggested itself, courtesy an older memory — from the day I boarded a flight to first reach this country. Somewhat ambitiously, I had decided to dig into Alexander Tocqueville’s Democracy in America to keep myself occupied during the journey. Tocqueville himself had used his France-sponsored junket to study American society and write about it. Of course I inevitably gave up on the book a couple of hours in. But I still remember that it contains one widely cited essay — called “On the use that the Americans make of association in civil life” — which probably drew me to the book in the first place. Tocqueville ends that piece with a characteristic high-sounding note starting with, “There is nothing, according to me, that deserves more to attract our regard than the intellectual and moral associations of America” (!). I can’t speak in such absolutes, yet am tempted to add in the heat of this moment: “Hell Yeah!” 😉 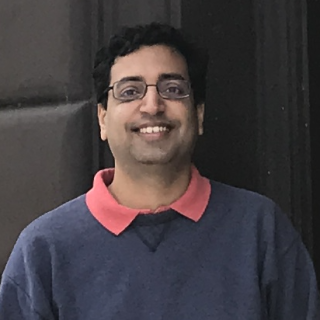